From the Fire: Leadership Academy for Young Men at Princeton University

0
At the Well Young Women’s Leadership Academy at Princeton University
06 January 2019
January 4, 2018 by designvibe in

At the Well Conferences, Inc. introduces…
From the Fire: Leadership Academy for Young Men
A Rites of Passage Program

From the Fire: Leadership Academy for Young Men is a two week boarding program on the campus of Princeton University that is tailored to scholars from diverse socio-economic backgrounds who are currently in the tenth or eleventh grades of high school. From the Fire seeks to nurture and cultivate scholars by providing an enriching environment that combines leadership projects, mentoring from seasoned male influencers, and an exceptional Rites of Passage program. Participants will be talented scholars with stellar academics and community service.

Why From the Fire

Young men of color today face challenges unprecedented in our history including the fire of social, cultural, and psychological challenges.

The answer forged in flame in a combination of the following components:

From the Fire’s curriculum and programming is research- based and designed by a team of educators and leaders with decades of experience in adult and young adult education, social change activism and community development. It is rooted in the spiritual and intellectual traditions forged in the justice struggles of African American and other global minorities for the last 500 years and longer. The program’s core beliefs and practices are guided by an indomitable faith in the human courage, creativity and potential of these souls, indeed in all human beings. 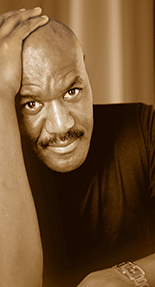 Program Chair, From the Fire: Leadership Academy for Young Boys

Delroy Lindo has had memorable roles in films such as The Cider House Rules; Heist; and garnered critical acclaim in a trio of films with director Spike Lee, Clockers; Crooklyn and Malcolm X. Other notable films include Wondrous Oblivion; The Core; The One; Gone in 60 Seconds; Ransom; Get Shorty; Romeo Must Die; This Christmas (also as executive producer); the recent remake of Point Break; and Pixar’s Up! He’ll next be seen in the independent films, Malicious and 001LithiumX. On TV, he currently appears as Adrian Boseman in CBS’ The Good Fight (sequel to The Good Wife). He’s featured in TV series such as Believe; The Chicago Code and Kidnapped; and in TV films, such as Soul of The Game; Profoundly Normal; Strange Justice (winning a Peabody Award); & Glory & Honor. He won an NAACP Award for a guest appearance on Law and Order: SVU. On Broadway, Lindo received Tony and Drama Desk Award nominations, playing Herald Loomis in August Wilson’s, Joe Turner’s Come and Gone; and played Walter Lee in the Kennedy Center and Los Angeles productions of A Raisin in the Sun (Helen Hayes Award Nomination and NAACP Image Award, Best Actor). Lindo directed the plays Blue Door and Joe Turner’s Come and Gone at Berkeley Repertory Theater; and won a Los Angeles Theater Weekly Award directing the play, Medal of Honor Rag. Mr. Lindo has an Honorary Doctorate in Arts and Humanities from Virginia Union University; a BFA degree (cum laude) from San Francisco State University; and a MFA from New York University. 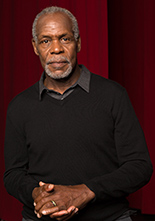 Danny Glover has been a commanding presence on screen, stage and television for more than 25 years. His first leading role was in 1984’s Oscar®-nominated Best Picture Places in the Heart. The following year, Glover starred in two more Best Picture nominees: Peter Weir’s Witness and Steven Spielberg’s The Color Purple. In 1987, Glover partnered with Mel Gibson in the first Lethal Weapon film and went on to star in three hugely successful Lethal Weapon sequels. Glover has also invested his talents in more personal projects, including the award-winning To Sleep With Anger, which he executive produced and for which he won an Independent Spirit Award for Best Actor; Bopha!; Manderlay; Missing in America; and the film version of Athol Fugard’s play Boesman and Lena. On the small screen, Glover won an Image Award and a Cable ACE Award and earned an Emmy nomination for his performance in the title role of the HBO movie Mandela. He has also received Emmy nominations for his work in the acclaimed miniseries Lonesome Dove and the telefilm Freedom Song. As a director, he earned a Daytime Emmy nomination for Showtime’s Just a Dream.  In 2005, Glover co-founded Louverture Films dedicated to the development and production of films of historical relevance, social purpose, commercial value and artistic integrity. Glover graduated from San Francisco State College and attended The Black Actors’ Workshop, American Conservatory Theatre. He received an Honorary Doctorate of Fine Arts Degree from San Francisco State University  in May 1997. 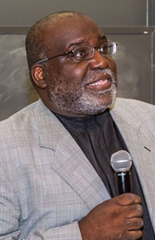 Co-founder and Director of Curriculum

Rev. Toby Sanders is a teacher, motivational speaker, writer, and social activist for educational and economic justice and faith-based economic development. He is an adjunct professor, scholar, youth mentor, board member of Children’s Futures, and former President of the Trenton Board of Education. Rev. Sanders is the founding Pastor of Beloved Community of Trenton, New Jersey. He is an honors graduate of Morehouse College in Atlanta, Georgia and a Masters of Divinity graduate of Princeton Theological Seminary where he received the prestigious Aaron E. Gast Award in Urban Ministry. He studied Religion Ethics and Politics at Princeton University, where he received a Presidential Fellowship.

We are committed to providing need-based assistance to select qualified applicants. Please indicate the request for financial assistance on the application.  From the Fire will provide a limited number of full scholarships.

Participants are selected on a competitive basis. A qualified application includes the following components:

What person in your community has made a positive impact and how has that individual inspired you.

Describe two creative activities that could help make your community a better place.

After acceptance to the program, the following documents are required.

The essay and required forms can be sent via the email that will be delivered after the application has been processed.

At the Well Conferences, Inc. is a non-profit organization established in 2009 to promote the emotional, physical, financial, and spiritual health of women and girls. Education under-girds the foundation of the programming with the ultimate goal of trans-formative behavior that leads to better lifestyle choices.

This is my life. It is my one time to be me. I want to experience every good thing.